When considering whether to reach for a long-standing goal or dream, have you ever caught yourself saying, “It’s too late” or “I’m too old”? In response, I offer you George Dawson, who finally learned to read when he was 98 and whose life was put into print in Life Is So Good, written by ghostwriter Richard Glaubman.

An African-American and the grandson of former slaves, Dawson grew up in Marshall, Texas. Hard work was imprinted in George Dawson’s soul. At the age of four, he took on important chores on his father’s farm. When hard economic times hit, his father—clearly with a heavy heart—sent George off when he was only 12 years old to work for a white family who owned a nearby mill. During the years that followed, George watched his chance to go to school slowly slip away. And then it was gone altogether–or so he thought.

On the day George turned 21, his father, a fair man who saw a restless spirit stirring in his hard-working son, set him free from helping to support the family. From that day forward, his father told him, the money you earn is your own. Life Is So Good relates George’s adventures playing amateur baseball, building levees in Mississippi, traveling to Mexico, and hopping trains to wherever they might take him. After marrying his wife Elvenia, he settled back in Texas, where George worked on a dairy farm until the age of 79. But well into his 80s he continued to pick up odd jobs. He and Elzenia raised seven childen, all of whom went to college.

George Dawson did all of this without knowing how to read. Can you imagine the ingenuity and fancy footwork it took for Dawson to mask his illiteracy? He even devised clever ways to help his children with their homework. Then, when George was 98, a man came to his door with information about a program that helps adults learn to read. Finally his time had come. Quickly becoming the most dedicated student in the program, Dawson was a major source of motivation to adults of all ages who were learning to read. Young people a fraction of his age would say, “If you do it, George, so can I.” Up until he died in 2001 at the age of 103 after suffering from a stroke, George Dawson never missed a day of school.

Although Dawson is no longer with us, he stands among us as a giant who testified grandly to the human spirit. Do you think you’re too old to take up that activity you’ve always wanted to pursue? Or plan that trip you’ve always dreamed of taking? I invite you, my friends, to remember George Dawson and think again.

What important dreams have you given up on?
What’s a first step you could take in that direction?
What sort of artificial limits are you putting on yourself?
If he were standing in front of you, what would George Dawson say? 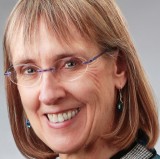